The King of Risur, still vital for his age.

Now in his 70s, the current king of Risur looks rather unassuming, and was a common warrior before Queen Melissa chose him as her successor after the Third Yerasol War. He prefers to resolve disputes by being coolheaded and rationally persuading those who will listen to his side. Despite all this, though, he trains regularly to keep his stamina and swordplay robust, and the rites of rulership grant him daunting magical powers.

As of the beginning of Chapter 5, Aodhan has now met the party in person, and has begun to rely on them for tasks important to Risur. In return, he discreetly provides them with the funds and resources they need to continue the fight against the Obscurati.

Midway through Chapter 8, Aodhan met with Talon, discussing diplomatic options to respond to Han Jierre’s clear provocations and thereby avoid a Fifth Yerasol War. He seemed pleased with Talon’s thoughts on the matter. 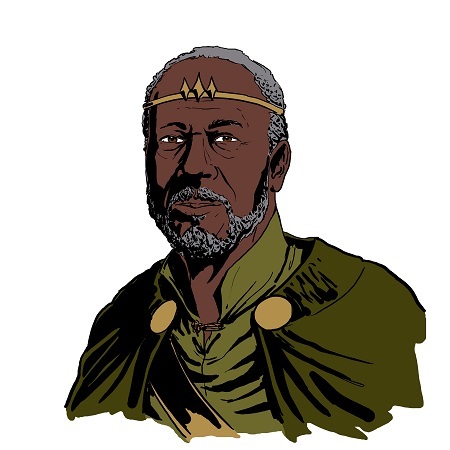