The Beran ex-ambassador to Risur.

A minotaur from the nation of Ber, Brakken’s ambassadorship in Orithea helped end that nation’s civil war and bring on unprecedented prosperity. Recently Brakken became ambassador to Risur, and was tapped by the rulers of Risur and Danor to mediate their peace talks. He’s said to be very canny, and that his mere presence tamps down on people’s pretensions. He once even got a raging bear to back down with a single disapproving glare.

He dresses in simple tribal clothing from Ber and refuses to travel without his most trusted friend, a dire bear named Feroz.

In Chapter 6, the party has now learned that Brakken is a telepath (not an Urban Empath). He has the ability to hear the thoughts of others and to influence their emotions, though due to the customs of his nation, he does not wield his power to strong-arm others, but rather to quiet their anger and encourage them to compromise.

Even this much has earned him the disgust of his fellows, and he’s now been stripped of his office. 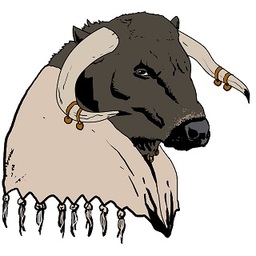