The vigilant butler of Mayor Macbannin.

A veteran of Risur’s military, Creed worked under Reed Macbannin as his butler, occasionally taking on duties of a much darker and secretive tone. Recent events have brought to light his involvement in the Flint conspiracy, as well as one of his main aliases: Officer Roger Porter.

After nearly killing several of the party, Hugo Von Gearkinson downed him with a fortunately-timed magic missile, and his shadowy body was beheaded by a furious Alain Templeton. 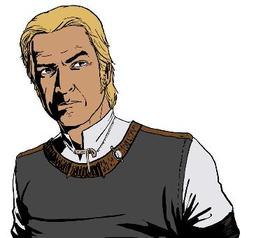