Perhaps the most powerful mage in Risur, Lee acts as King Aodhan’s bodyguard and chief of staff. Straight-backed and virile despite being in his 60s, Lee has a slight Ber-tinged accent, and was said to be quite the ladykiller in his youth. He always dresses in reds and golds and carries a solid gold wizard’s orb tucked into his robes. He never eats or drinks in public.

As of the end of Chapter 6, the party now knows that Harkover Lee is a dragon who originally pledged his services to King Boyle over 200 years ago. His true name is Inatch the Hex-Eater. 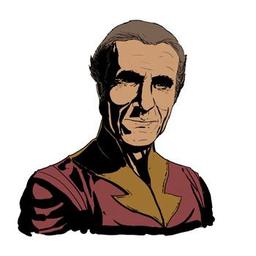