During Darsys Madenia’s absence, he accompanied the constables to the Nettles, in search of Wolfgang Von Recklinghausen. He proved a useful ally and a capable combatant, even if he was a bit dour and gruff. 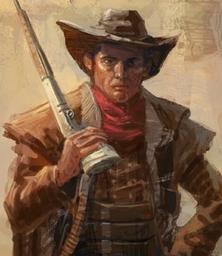