The Duke of Slaughter, head of the Kell-Guild thieves (allegedly).

Alleged head of a thieves’ guild based somewhere in eastern Parity Lake. Once a simple enforcer, he recruited allies and established himself as a power player. The Kell guild is said to be responsible for great amounts of industrial smuggling, petty theft and extortion, burglary, and murder for hire.

While trekking across the Parity Lake district looking for leads, the party fell into a nasty trap set by Lorcan. He informed the party that his men had Dr. Wolfgang Von Recklinghausen in hiding, at the man’s own request. In exchange for the location, he wanted a thousand gold. The party paid with all the spare change they had (about 500gp), and left his Theater of Scoundrels with their tails between their legs. 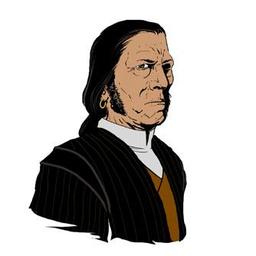