A well-known journalist in the Panoply movement.

A droll half-orc woman with mismatched eyes—one red, one green—Melissa operates independently as a journalist. The educated daughter of an orc sea captain who raided Risur for a wife across the Marrajado de Oro, Melissa attended the Dyal Revolutionary Institute in Seobriga and quickly found a home with the nascent Panoply movement. With their support she finds and interviews unusual individuals and delivers her reports to several newspapers around her country. Her dark sense of humor and casual writing style earned her an audience among common laborers, who will often gather when one of their literate coworkers gets a copy and reads it to the group.

Currently, Melissa is traveling with the constables. She traded information to them for a chance to accompany them during their errands in Ber, hoping for an exciting story to tell, or at very least an inside look at some of the rising stars in the RHC. 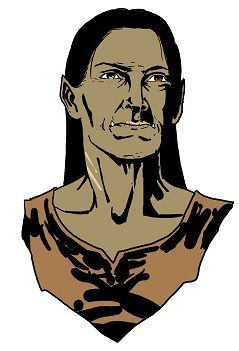