The previous ruler of Risur.

Formerly a servant of King Lorcan (no relation to Lorcan Kell), Melissa distinguished herself in battle against the witch coven of Cauldron Hill a century ago, and so earned the crown. Given extraordinary vitality by both her own heritage and her time as Risur’s Green Knight, it was believed by many that she would rule for a century or more, but she voluntarily stepped down in 460 A.O.V. when she witnessed a feat of bravery even she couldn’t match: Aodhan’s bloodless capture of an entire Danoran warship.

As a previous Queen, she and her family are nobles now, with a rank equivalent to that of a Duchess. She tends to prefer being called “Dame Melissa,” which harkens back to her days as a knight. She no longer possesses the magic powers inherent to her old station, but rumor has it she’s still quite keen with a lance.

Personality-wise, she is much more brusque and impatient than Aodhan, especially when it comes to the Danorans. She fought during the Second Yerasol War, and some blame the Third Yerasol War on Melissa’s short temper. Aside from that, she is loyal and kind to her fellow countrymen, though honest to a fault. 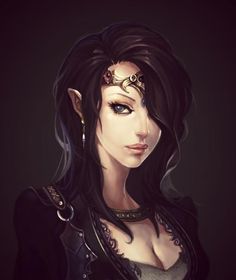