the Gnostic; mastermind of the Ob.

The origin of this individual can only be guessed at. At Terminus East, the constables glimpsed a man being injected with some strange substance, after which he completely changed his demeanor. This new personality introduced itself to Luc Jierre only by the (obviously fake) name of Nicodemus, after the cigarette he’d developed a habit for.

Lya Jierre showed him respect, which means he occupies a Tier in the Obscurati hierarchy at least equal to her own. He wore no ring.

Further conclusions can only be guessed at.

At ObCon, a man with the face of Andrei Von Recklinghausen was introduced to lower-ranking Ob members as Nicodemus himself. But is this the true face of the conspiracy’s mastermind? A disguise? Or has the “Cigarette-Smoking Man” merely found himself a new body to wear?

Thanks to the Arc of Reida, the party has now glimpsed what might be Nicodemus’ true face; a human male in his fifties, or so he appeared when he first met Kasvarina Varal. His true name, however, can only be guessed at. 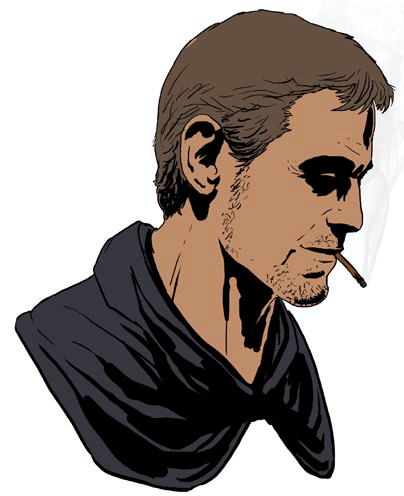