In his ongoing crusade to ‘civilize’ his nation, Bruse Shantus has seen fit to give government representation even to those outlying tribes who want nothing to do with the new government, or who actively resist it. To that end, he has made Pardo, leader of the gnolls of Isla dolas Focas (one of the administration’s most fervent opponents), the honorary Minister of Rebellion.

Most of Shantus’ other advisors distrust him, seeing him as a scheming villain who only accepted the office so he could spy on the Bruse. However, his presence seems to be doing wonders to quash rebellions in the farther reaches of Ber.

Pardo is a self-professed adherent of the Cult of the Steel Lord, which as it turned out was led by the red wyrm Gradiax (aka Benedict Pemberton). Using a powerful duplicant body granted to him by his master, Pardo orchestrated an attempt on Shantus’ life, but was foiled by the constables. He was later defeated in Gradiax’s volcano lair on Isla dolas Focas, though his real body is alive and well elsewhere. 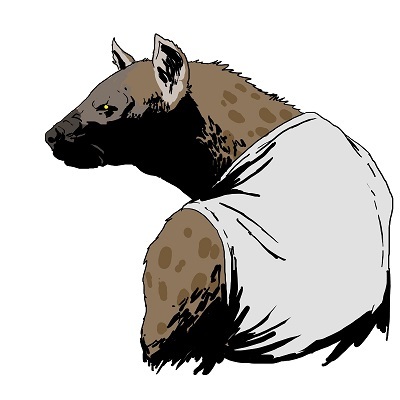