Governor of Flint for the last few centuries.

Stanfield witnessed the fall of the eladrin goddess Srasama five hundred years ago and died soon thereafter in the chaos of Elfaivar’s fall. But he reincarnated, and has for centuries served as Flint’s governor.

He distinguished himself to the constables during Chapter 5, after being taken hostage by the Doomsdays Cult during a subrail opening ceremony. He dislocated his wrist to break out of his cuffs, grabbed a hostage, and jumped off the train the dwarves had abducted. 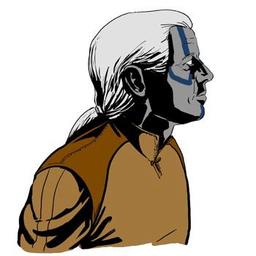