Captain of the R.N.S. Impossible.

Captain of the R.N.S. Impossible, one of the RHC’s vessels. Smith earned his first command five years ago. Now 37, he has never led his ship into battle. That, combined with his fondness for the Malice-era philosophical writings of the pacifist monk William Miller, has made him the target of mockery by more established naval officers. 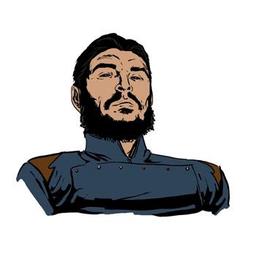