This elven woman acted as Ethelyn Lesterman’s handmaiden, and during Chapter 1 she revealed herself to actually be an eladrin in disguise. Wielding elemental magic and exercising an ability to call upon minor fey creatures, she and a handful of other conspirators very nearly pulled off the Duchess’ plan to sabotage of the R.N.S. Coaltongue that would’ve assassinated King Aodhan, and the entire party with him.

She was killed by Darsys, Team 1’s original warlock and spirit medium. 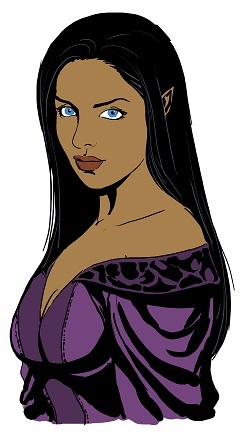