Chief Inspector of the RHC Flint office, and your boss.

A local Flinter in his early 40s, Delft is your direct superior. Generally good-natured to his subordinates, he has a penchant for grousing about people behind their backs. A much better manager than investigator, Delft has advanced this far in the Constabulary by finding good agents, supporting them on difficult missions, and sharing the accolades from their successes.

Delft chews tobacco, and thinks he looks charming if he grins while sucking on tobacco juices. He walks with a cane because a mimic tore a chunk out of his leg fifteen years ago. He has a habit of poking inanimate objects with the cane before he gets too close to them, and spitting on them when he wants to be extra sure.

After the disappearance of Lady Saxby, he has been promoted to head of the Flint office by Governor Roland Stanfield. 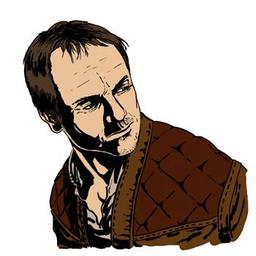