A grizzled sailor, still with a full head of hair in his early 50s, Grimsley acts as head of an emerging dock workers’ union in Flint. Though he only worked the docks in his youth, Grimsley spent decades sailing—-primarily as captain of a ferry service in Flint’s harbor, but with a stint in the navy during the last Yerasol War. He took a gash from a policeman’s knife on the side of his face in the last big docker riot. He has a very stylized public speaking voice, one full of unnecessary, melodramatic pauses.

Recently he tried to speak with Governor Stanfield about improving dockers’ conditions. Grimsley is alleged to be negotiating with Parity Lake factory workers to develop a union for them as well. 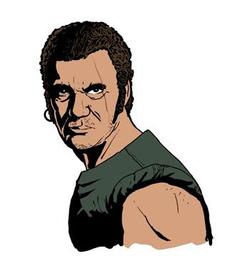