Leone’s clothes and accent mark him as hailing from Crisilliyir, and he’s demonstrated an ability to telekinetically manipulate iron and steel, though given his known involvement in the construction of Borne, it’s possible his power may extend to adamantine or other more exotic metals. His placement at key events and locales of importance to the Ob makes him very likely to be a high-ranking member among them, and he demonstrated a high degree of loyalty to the group when he killed Alexander Grappa by pouring witchoil down his throat.

His abilities, combined with his rank and the apparent trust he commands to execute Ob missions on his own makes him a dangerous foe indeed, though he’s known to have a temper – he caused Borne’s release by wrecking the colossus’ restraints during a pitched battle.

After falling to his ambiguous demise at the end of Chapter 5, Leone resurfaced, working openly in Ber to win the favor of the Bruse for the right to see Tinker Oddcog. He failed his task, however, and was captured by the PCs during the fight against Pemberton’s daughter, Terakalir.

After being dragged to Drakr by the constables and having his soul sucked out, Leone is well and truly dead. His physical body lives on, controlled by the soul of his archrival and two-time murder victim, Grappa. Grappa has re-infiltrated the Obscurati under Leone’s identity (for further information, refer to Grappa’s page). 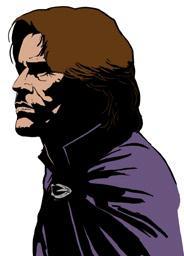