Wears a bright tabard with scale mail beneath. Carries a carrikal. Wears a ring of jet stone.

Xavier’s is the usual story of a kid whose parents were eaten by monsters, and who decided someone should really stop that kind of stuff from happening again.

Thirty years ago he signed on as a bodyguard for some Ob scholars researching the magic in the Malice Lands. It was his insight that helped them discover that Malice magic responds to emotions. They helped educate and train him. Now he has a band of several dozen adventurers trained in numerous unorthodox techniques for killing horrible creatures large and small.

He prefers operating in the wilderness, away from civilization. 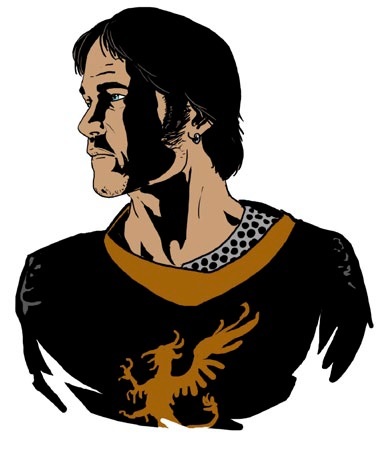