While Shantus is the head of state and final arbiter, most of the daily affairs of Ber are run by this female lizardfolk. She has a cool reptilian demeanor, and pursues her duties with no tenderness or sympathy. However, she neither feels any great pride or ambition, and so she holds fairly stark views on the role of Ber’s government, believing its foremost role is to protect the citizens from death. 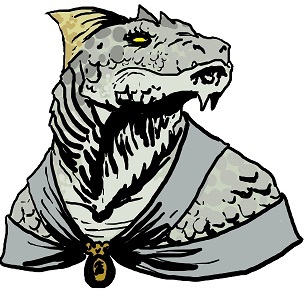