Power (Daily) Standard Action.
This two-inch figurine summons a full-sized armored carriage. Instead of being drawn by horses, though, it is pulled by two sets of mechanical horse legs. The Carriage disappears if driven more than a mile away from the figurine that summoned it.

Power (Daily) Standard Action.
You dismiss the carriage. If it is damaged or destroyed, it will be fully repaired the next time it is summoned.

This item used to be Lorcan Kell’s personal transport, though usually only saw use in emergencies. Unfortunately, it did not include gold-framed windows in its design. 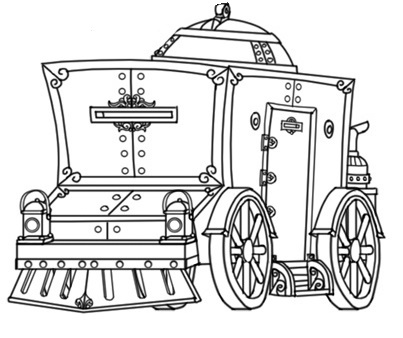