It's probably for the best that these things are NOT enchanted to return to your hand after throwing.

Critical +1d6 per plus

Inaccurate: Before making the first attack roll, the attacker makes a saving throw. If the save fails, the weapon or projectile veers off course, perhaps just missing by 1 square (2 squares at long range), or bouncing off or exploding against cover. If the attacker spends a move action to aim first, he does not need to make the save.

Explosive: This weapon targets an area burst of the designated size, rather than a single enemy, and deals half damage on a miss. You do not add your ability modifier to damage. If the first attack roll is a natural 1, the weapon is a dud, and does not explode – though it can be salvaged and used after a short rest, during which you repair the triggering mechanism. 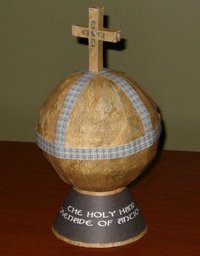