Arcanists who examined this ship postulate that some manner of spirit might inhabit its steam engine. Crew who serve on it sleep easily and speak of dreams filled with bold imagery like something out of a dwarven opera. 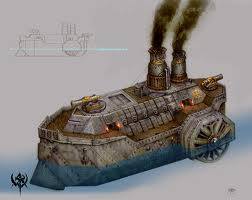