Faith made flesh, flesh made a god.

Once believed to be a summoning ritual, now it is known that the power called from the Sacrament needs a host—a true believer of the concept, god, or belief being invoked. Kasvarina’s daughter Dala was used in the prelude to the Great Malice, unwillingly taking on the powers of her goddess, Srasama.

Ashima-Shimtu is one of individuals in the entire world that know how to cast this ritual (now two, since Kasvarina Varal suffered amnesia at the hands of Alexander Grappa. The third is Nicodemus himself).

Originally penned by the Demonocracy, the power of this ritual was once merely moderate, given how unlikely demons are to unite in common belief. Once given to mortalkind, however, it was proven that manifesting a very widely-held belief like a god was both incredibly powerful and horrifically dangerous. Its only known casting led to the deaths of millions of eladrin women, the creation of a dead magic zone in modern-day Danor, the cursing of the former Clergy leaderships’ bloodlines, the creation of the deva race, and the subsequent collapse of the nation of Elfaivar due to civil wars and nigh-nonexistent birth rates.

It is a great and terrible power not to be taken lightly. 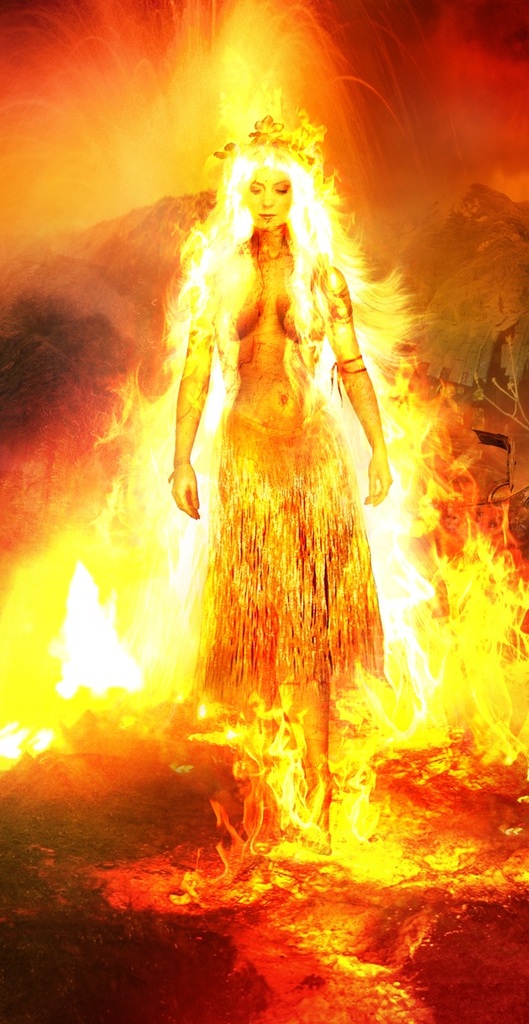