Grant godlike powers to the Ob to fix problems as they arise. 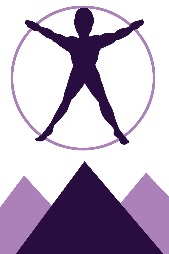 Catherine Romana, a descendant of a former queen of Risur, represents this faction. She believes history teaches that common people abuse power, but in the hands of the enlightened, it is a necessary tool.

The Obscurati has come this far because they have used their power intelligently, and have acted decisively despite the fact that society as a whole would oppose them. Members of the Colossus faction believe that the best course of the action in the future is to consolidate power and become the de facto rulers of the world.

The challenge is changing the world in such a way as to only grant power to a limited set of people. Toward this end, a set of elemental planes have been identified, each with a secret truename. These planes would still provide the normal energy needed to keep the world together, but those who know the truenames would be able to tap a greater power. And the Obscurati would decide who is told these truenames.

This truename power would be tied to two new planes. First, a plane of Space with an Empowerment aspect would grant the ability to teleport to areas within one’s domain. Second, a plane of Death with a Cyclicality aspect would ensure that each person who learns the truenames will only be at the height of her power for a day or two each month; a half-month later she will only have the power of a normal mortal. This will ensure a window of vulnerability so that if anyone abuses their power, they can be removed by consensus of the rest of the Obscurati.

On the downside, the new elemental planes would result in stronger storms, the seas would draw back slightly, and the world would grow colder. Perhaps the largest threat is that, since the current Plane of Death (Nem) acts as a defense against extraplanar incursion, the world might become accessible by creatures from other planes. However, the group believes that the newly-empowered rulers of the world could easily drive back such threats.

Other Ob members are absolutely certain this plan could change the world. Some worry however, that even such enlightened rulers could be corrupted by power, or that the descendants of this new ruling class would lose sight of its vision.