Population: around 800,000
Leadership: Governor Roland Stanfield, plus mayors for each district

Nestled among dozens of granite peaks along the eastern stretch of Avery Coast, Flint is the largest city in Risur, though not the nation’s capital. With a rapidly growing population of over half a million, slums for factory workers have begun to clump along the steep hills, while builders work to clear large sections of rainforest from within the city limits. Small satellite towns cling to the islands outside Flint’s harbor, and many foreign nations and businesses have flocked to the city to gain influence in the past forty years. 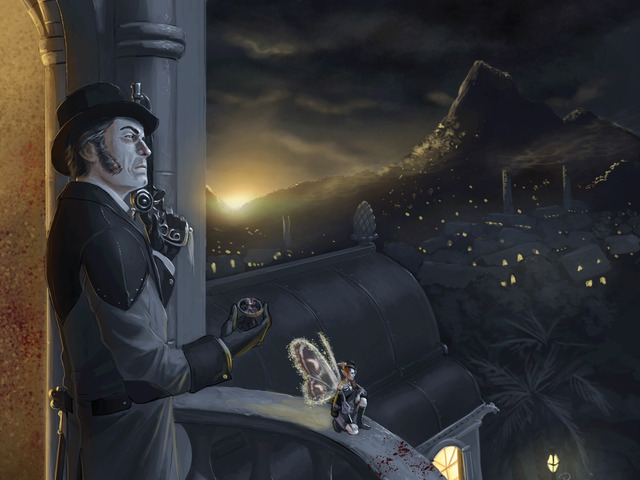 Flint Favors
0: Urchins to watch a street, a secretary to do paperwork, or a carriage-driver to give you passage within a district.
1: An officer (minion) to provide backup or investigate a lead. Craftsman for a custom (nonmagic) item. A local bureaucrat to bend the rules for you. A journalist to run a story. A ferryman to give you passage around the city.
2: Four officers. A gang of dockers to create a distraction that will likely end with them beaten up or arrested.
3: Twelve officers.
4: A whole district’s worth of officers.
5: All the city’s officers.
6: All able-bodied citizens to take up arms against a threat.