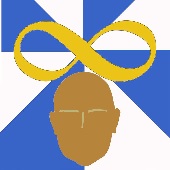 Han Jierre’s Panarchists propose by far the most radical change of any major faction in the Convocation. Their goal is to eliminate the ability of those in power to become corrupt, and their chosen method is to eliminate the need for people to be in positions of power in the first place.

The purpose of government has traditionally been to protect people as they travel, to protect property, and to enforce contracts. The Panarchists wish to shift these tasks to individuals.

They aim to use a plane of life with a Healing aspect, a plane of space with an Empowerment aspect (actually, the same plane of space as the Colossus faction) to grant teleportation powers, and a plane of death with a Possession aspect. Combined, these planes will make people more resilient and able to heal from injury, able to infuse a tiny sliver of their soul into objects in order to bond with them, to sense those objects as easily as their own bodies, and to teleport easily.

People would no longer be vulnerable to assault, since unless an attack killed them before they could respond, they could easily teleport away and quickly heal from their wounds. A person who attuned with an item would be able to find it if it were stolen (and just teleport in to take it back), and no one else could attune to it without the current owner’s permission. People who made agreements would be able to share a bit of each other’s soul, which would make pledges binding. Anyone who shirked on a promise would forfeit a piece of their soul.

Other Ob member see that this proposal would drastically alter the nature of society, reducing the importance of places and increasing the value of trust over physical might. But many feel it to be a “messy” solution, which may end up encouraging people to isolate themselves, rather than be forced to act fairly to others.