Displayed here are breakthrough new inventions that have emerged during the course of the campaign – many of which may have been designed by the party’s Technologist, Hugo Von Gearkinson himself.

(for enchanted items, see the Items tab. This space is only for inventions that are not magic items, or equivalent to them)

Between each chapter, Hugo can work with Tinker to invent a new technology by sifting through his disorganized blueprints and scattered ideas. To successfully translate these designs into workable creations, the party must attempt one Wisdom check, and one Intelligence check. Aid another is not possible on these checks, nor are other temporary bonuses, since the checks represent days or weeks of work. The two checks can be attempted by separate PCs, but Hugo has the ability to roll twice and take the better result every time he attempts them.

If either (or both) of the checks fail, the technology is still created, but with deep flaws in its design. A failed Intelligence check usually means that the tech itself is faulty, making it dangerous to use, while a failed Wisdom check produces reliably functioning devices, but with some kind of design oversight that makes it impractical.

Between each chapter, Hugo will choose one technology to work on. When he does so, he may also attempt to correct the flaws of any one invention created in earlier chapters.

Similar to Tinker’s own battle armor and the experimental steam suit on display at the Kaybeau Fair in Chapter 3, these suits make foot soldiers resilient and dangerous.

In addition to allowing electrical lights and the production of wired power, this innovation has brought about lightning prods, lightning guns, and Tinker Coils.

If linked to a steady power source, this 10-ft. tall pylon hums with electrical energy. A conductive surface on the ground within 10 ft. causes creatures that enter the area to complete a circuit. Any creature that enters the area or starts its turn there takes 20 lightning damage (but no more than once per round).

Charged: This weapon deals lightning damage, not untyped damage, and it cannot use ammunition. If the target of an attack made with a charged weapon is wearing metal armor or carrying a large quantity of metal, the attacker gains a +2 bonus to his attack roll (this only applies to powers with the Weapon keyword, or to powers with both the Implement and Lightning keywords). After each such attack, the weapon is depleted and requires an action to “reload”—cranking a mechanism in order to generate sufficient charge.

Backpack: This weapon can only function if the wielder puts on a 20-lb backpack (in the case of Charged weapons, this item produces harmless-yet-awesome arcs of electricity while in use). A character cannot normally equip both this weapon’s backpack and a normal backpack, so other items on their person must be stored on a belt/ankle holster/heward’s handy fannypack/other creative solution.

Special: Also, this weapon counts as a firearm for the purposes of effects that relate to reload time. It can also be upgraded with an ammo clip, holding five charges. 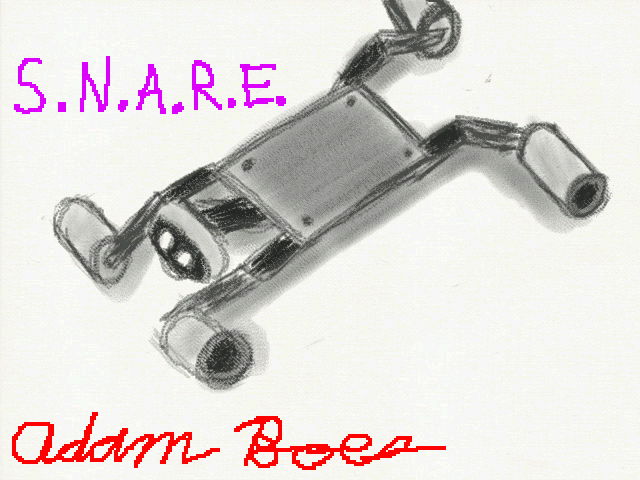 Small natural animate (construct)
Speed 6
Initiative (yours)
Perception (yours)
Defenses (yours)
HP (25% of yours, round down)

Strength 4
Constitution 10 (never gets tired)
Dexterity yours, or equal to your Intelligence
Intelligence 1 (understands orders, generally doesn’t think for itself)
Wisdom 1
Charisma 1

Alignment Unaligned
Languages Understands Dwarven, but cannot speak, and usually does not base its actions on what it hears, except for orders that you give it.