Eliminate free will and design a thousand-year destiny of prosperity for the world. 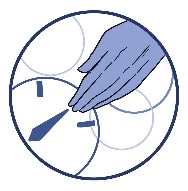 The watchmakers are firm believers in the scientific method: propose a theory, hold an experiment, eliminate variables, and form a conclusion. They believe that the world’s population has already ‘experiemented’ many times with different forms of government, but they always fall far short of a utopia.

So what problematic variable needs to be eliminated? People. Under this plan, every living thing will enslaved for a millennium, including the Obscurati.

Amielle Latimer’s researchers have determined that it’s impossible to force people to behave a certain way via planar alignments, or elaborate interactions of magic. Free will is inherent to mortal intelligence. So, they propose to eliminate free will entirely for one thousand years, during which they will enforce a precise course of events that will result, like clockwork, in a world where all people have been raised to behave morally. Then, the clock will wind down and leave all mortals with free will in a wholly moral society.

To accomplish this, they would replace just three of the current eight planes. Time shall have an aspect of Clockwork, and the plane’s connection will be inscribed with the details of destined events. The plane of life will need a Goodness aspect to drive people to be good (against their will). Death will have Domination to bind people so they are slaves. All three of these planes will have irregular orbits, such that they will break free from the range at which they can influence the world after the thousand years are over. Similarly, the original three planes shall come back into the solar system at the same time.

The Watchmaker proposal is the riskiest of all the factions. Amielle attests that her plan is flawless, but the only other individuals who have read her extensive tomes on her prescribed course of events for the next millenium are ghosts; it’s taken her decades to write, and would likely take someone years to read. If she’s wrong, then a thousand years (and in essence, untold numbers of lives) will have been wasted for nothing. Or worse… the world may never break free of its new chains.